Piano Manufacturers of The World

Piano Brands Of The World:

Warranty: 5 years parts and labour applicable to the original purchaser only 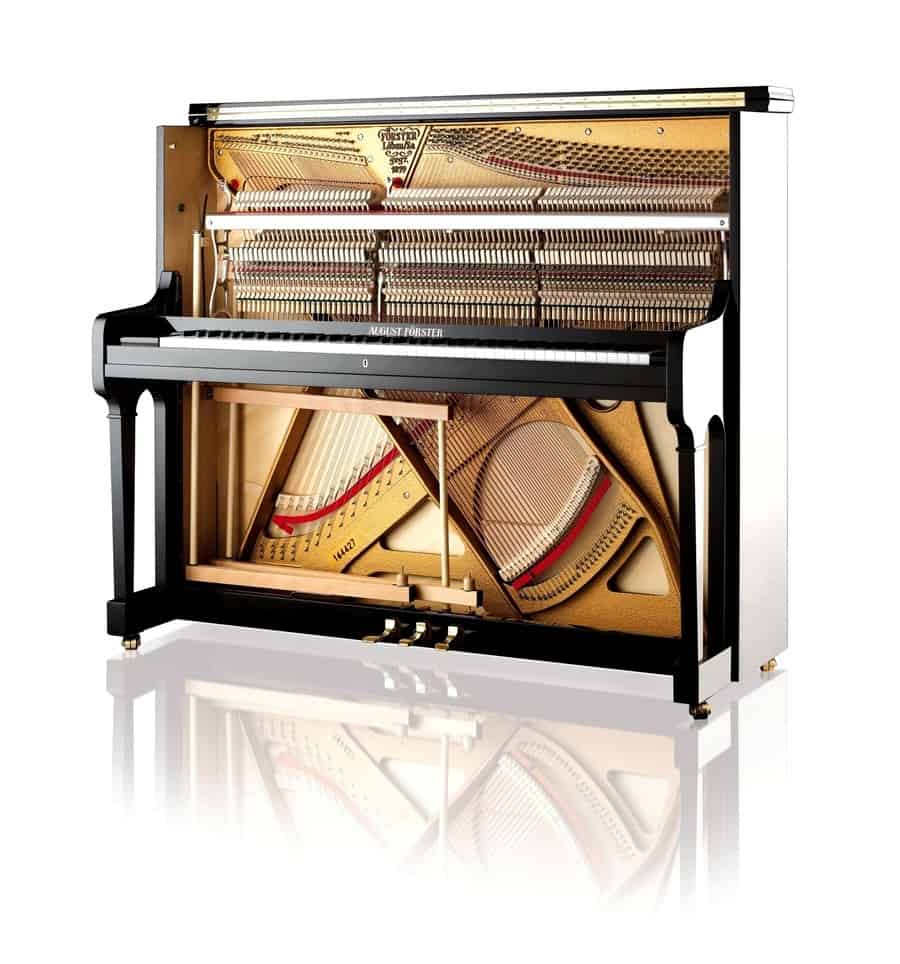 After years of apprenticing under cabinet makers and piano builders, German native August Förster opened a small piano workshop in the spring of 1859. By 1862, Förster had opened a much larger factory in the North-Eastern German town of Lobau, having established a strong reputation for quality. Though state-controlled for portions of its 150-year history, at which time quality levels were inconsistent, August Förster is again owned and operated by the Förster family, who have successfully re-established August Förster as a premium German brand.

Using many traditional production methods and extensive handwork, August Förster pianos represent a return to “old world” style craftsmanship, further exemplified by the fact the factory employs roughly only 40 employees. August Förster currently produces three upright piano models; the 46” 116, the 49” 125, and the 53” 134. Grand pianos consist of four sizes, with the 5’8” 170, 6’4” 190, 7’2” 215, and the 9’1” 275 concert grand piano.

August Förster uses both Renner actions and Renner hammers, grand rims are made of laminated layers of beech, and soundboards are made from solid Alpine tapered white spruce. Bridges maple with maple cap and the pinblocks consist of laminated beech.

Musically, August Förster is known for possessing a darker sonic quality, with a very clear and distinct bass register. The treble is slightly more understated, yet also very clear.

While other German brands such as C. Bechstein or Hamburg Steinway are still recognized as the best the country has to offer, August Forster still has a loyal following – particularly for those fond of the European tones of the past.

*Disclaimer: Merriam Pianos offers the above information for the educational benefit of customers world-wide, and does not constitute an endorsement by – or imply representation of – the various manufacturers. For a full selection of the brands Merriam Pianos proudly represents, please click here.

We are here to help you 7 days a week and respond within 24 hours.

How Can We Help?